After nearly a year from first announcing the Cu line of full copper coolers PC cooling innovator CRYORIG is now releasing the C7 Cu copper enhanced SFF ITX cooler. The C7 Cu is built from the award winning C7 architecture with one obvious upgrade, the extravagant use of copper for the whole heatsink body. By exchanging for a full copper build from aluminum has allowed the C7 Cu see improvements of up to 15% in thermal performance. The increased thermal performance without increased size is a key advantage of the C7 Cu especially in ultra compact SFF/ITX builds where space is limited. 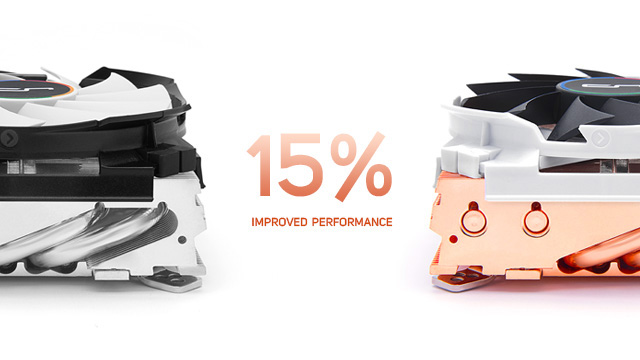 Aimed at solving the space limits of Small Form Factor ITX systems, the C7 Cu was set with the task of further improving performance but without increasing size or fan speed. Utilizing higher thermal conductive materials was the only answer for the C7 Cu. Copper is nearly twice as thermal conductive as aluminum but nearly three times as expensive. That’s why copper is normally only used on the most thermal critical components such as heatpipes and heatsink base plates. With the C7 Cu, CRYORIG has swapped out the aluminum elements of the C7 with pure copper. Thermal performance gains are close to 15% when compared to the original C7. 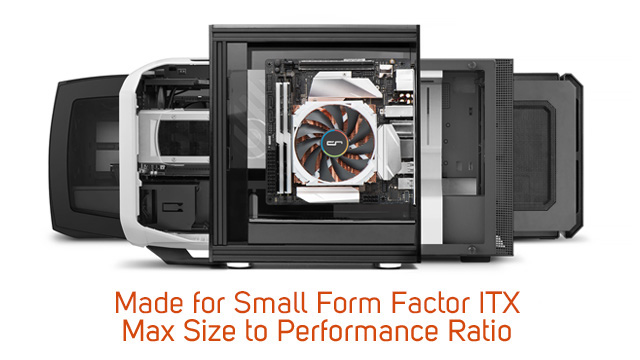 Built on the original C7 architecture, users can except to get the same features such as Zero Interference design on both Intel and AMD boards, included installation tool, and pre-installed 92mm PWM fan with integrated anti-vibration pads aimed for SFF/ITX systems. 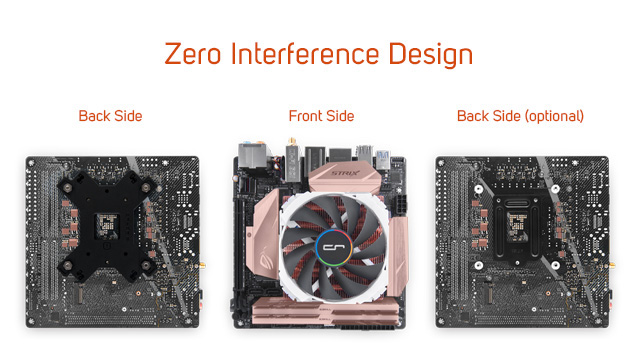 The 92mm fan features CRYORIG’s Quad Air Intake system, with additional intakes are placed at the four corners of the fan. This allows the fan to pull air from the sides not just from the top, because in most SFF/ITX systems there’s limited space for air intake between the top of the heatsink and the case side panel.